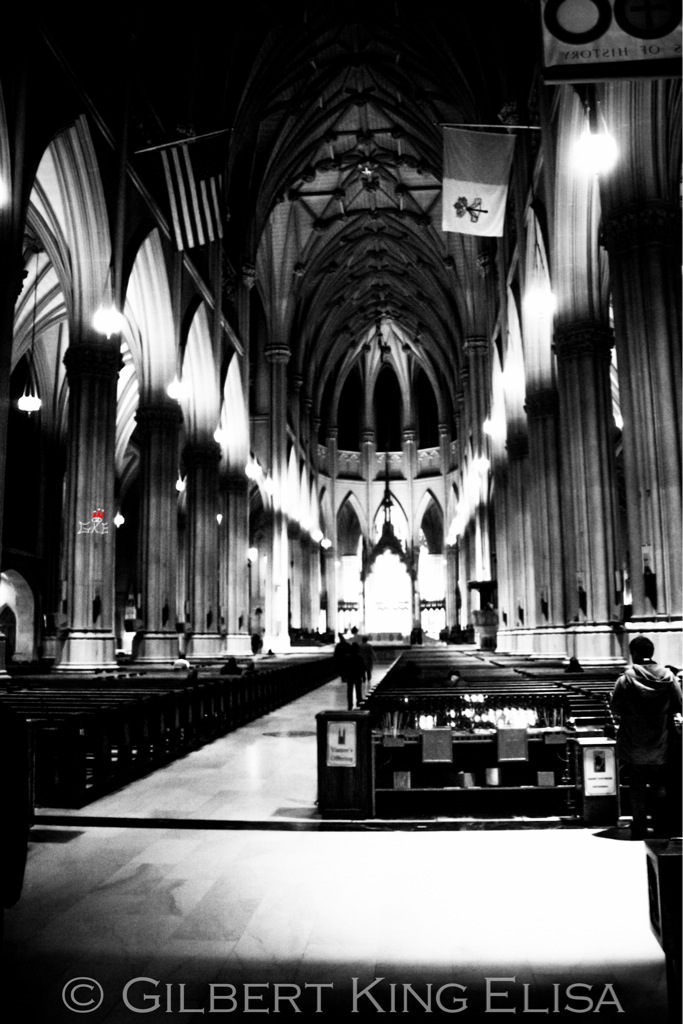 The Venerable Pierre Toussaint(1766 – June 30, 1853) was a former slave from the French colony of Saint-Domingue who was brought toNew York City by his owners in 1787.  There he eventually gained his freedom and became a noted philanthropist to the poor of the city. Freed in 1807, after the death of his mistress, Pierre took the surname Toussaint in honor of the hero of theHaitian Revolution which established that nation.

After his marriage in 1811, Toussaint and his wife performed many charitable works, opening their home as an orphanage, employment bureau, and a refuge for travelers. He contributed funds and helped raise money to build St. Patrick’s Old Cathedral, New York on Mulberry Street. He was considered “one of the leading black New Yorkers of his day.”  His ghostwritten memoir was published in 1854.

Due to his devout and exemplary life, the Catholic Church has been investigating his life for possible canonization and in 1996 he was declared “Venerable” by Pope John Paul II, the second step in the process. Toussiant is the first layperson to be buried in the crypt below the main altar of St. Patrick’s Cathedral on Fifth Avenue, normally reserved for bishops of the Roman Catholic Archdiocese of New York .